I spotted Wonder Woman in the library a couple of days ago.  Or maybe it was Super Mom; there’s scarcely any difference.

The first clue to her identity was the adorable napping baby nestling in a handmade sling tied jauntily around her shoulders.  Without apparent effort, she managed a reading list, a mammoth shoulder bag, and two other children, aged about four and two and a half.  Obviously schooled in Proper Public Behavior Especially in Libraries, the older kids giggled and stage-whispered and held hands, generally being charming with only an occasional soft verbal reminder from Mom.  Her nonverbal communication powers were awe-inspiring.

We witness many amazingly focused parents, serenely juggling parenthood and information seeking in this most challenging venue, the “quiet floor” AKA upstairs at the library.

No ribbons or statuettes (or, better yet, spa vacations) are awarded for such feats, but they are quietly applauded.   Everyday nurturing, heroically supportive stuff of all kinds inspires authors these days.

Fictional accounts of military families and spouses provide insights appreciated even–or especially–by those not directly affected by postings and deployments.    Siobhan Fallon’s You Know When the Men are Gone, set in Ford Hood, Texas (where the author lived for three years) examines daily lives of base residents; story titles include “Leave”, “Gold Star”, and “You Survived the War, Now Survive the Homecoming”.  Other novelists and romance writers taking up this theme include Kristin Hannah (Home Front); Sally John and Gary Smalley (A Time to Surrender); and Ellen Hopkins (Collateral).

To discover more novels like these, try searching the library’s catalog with subject “military spouses-fiction”, “families of military personnel-fiction” or combinations of keywords such as “fiction military Afghanistan”.

Maxine Kenneth ramps up the fictional component: her Paris to Die For and Spy in a Little Black Dress portray Jacqueline Bouvier (pre-Kennedy) as a CIA trainee and spy.

A marvelous story that etched itself into my memory decades ago (others claim this, as well), Mrs. Mike by Benedict and Nancy Freedman, follows a gently reared city girl who marries a Canadian Mountie and relocates to the wilds of northern Alberta in the early 1900s.  Read
it and you’ll agree with its “classic” status. 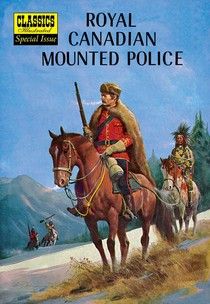 Novels attuned to supporting players demonstrate how partnership with someone in the public eye elicits (at least sometimes) strengths rivaling those of the better-known spouse.

Zelda Fitzgerald, for example, occasionally channeled her spunkiness into advertising for F. Scott Fizgerald’s books.  Reporting that she’d recognized bits of her old diary in This Side of Paradise, she invited readers’ curiosity by joking, “Mr. Fitzgerald–I believe that is how he spells his name–seems to
believe that plagiarism begins at home.”