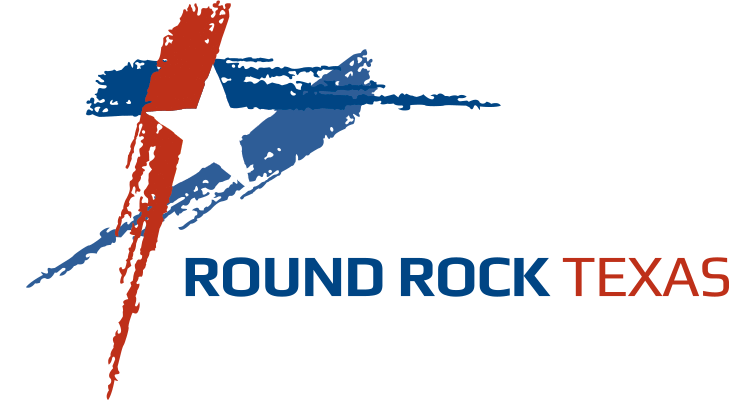 newsflash
CITY OF ROUND ROCK E-NEWSLETTER Round Rock stands out among cities Good things come to those who shop. The City of Round Rock won seven awards for excellence in communication and marketing at the TAMIO conference. First place honors went for the City’s budget video, Blueprint for Success; the Hometown Downtown video series; Beaujolais Nights: Jazz and Wine Uncorked for One-Time Event; and Best Photography for the City’s downtown image library. Second place awards went to the City’s Future Forward program in the categories of Planned Use of Social Media and Marketing Plan/Campaign, and the poster for Beaujolais Nights won a second-place award for best Flier/Poster.

Round Rock received one first place award and one second place in the 3CMA Savvy Awards competition, which honors excellence in local government communications. Communications and Marketing Director Will Hampton was also named 2018 Communicator of the Year for his efforts in leading City of Round Rock’s communications.

The City of Round Rock received six awards for its communications and marketing efforts from the Texas Association of Information Officers (TAMIO) in 2017. The first-place awards were for its Purrr-fect Budget Video, two for the “Lost Teddy” Facebook initiative that reunited a little girl and her lost teddy bear, and the Immortal Ten Bridge video. Second place was for the When Thunder Roars, Go Indoors public service announcement video. The Music on Main event promotional poster won third place honors.

The City won two first place awards and one second place in the Savvy Awards competition at the 3CMA annual conference. The entries winning first place were in the categories of TV and Video Public Service Announcement for its When Thunder Roars, Go Indoors video and TV and Video One-Time Special Programing for The Immortal Ten video. A second place award was won in TV and Video Education and Training for the Purrr-fect Budget Video.

The City of Round Rock took home nine awards, including five first-place trophies, for excellence in communications at the 2016 TAMI Awards. First place awards were received for the Police Department’s PD-43 videos in the Internal Communications category, Hometown Halloween in Downtown Round Rock in the Recurring Special Event category, the Convention & Visitors Bureau’s Sports Center facility guide for the Round Rock Sports Center in the Special Publication category, the Street Cred transportation update videos in the Regular and Recurring Video category, and the Library Summer Reading Program promotional video featuring comic-book style graphics in the Public Service Announcement (Marketing) category. Round Rock won second place for Best Use of Social Media (population 70,000 to 125,000) for its Rockin’ Tweets, our live tweets from City Council meetings that are thoughtful, succinct, and delivered with a fun, casual voice. The City won three third-place trophies for: Print Report (population 75,000 and above) for our Arts Facility Master Plan report; Websites (population 100,000 and above) for roundrocktexas.gov; and Most Creative with Least Dollars for Downtown Round Rock’s Donut Drop campaign, which rewarded motorists stuck in construction traffic with a bag of donut holes.

The City subsequently won seven awards at the 2016 City-County Communications and Marketing Association (3CMA) annual conference. The Lost Teddy Alert earned first place for Best Use of Facebook in the population 65,000 and up category, as well as Most Innovative (all populations). Other winning entries were: second place in Best Campaign Use of Social Media Tools for the Police Department’s #OpenCarryAware campaign, second place in TV and Video Public Service Announcement for the Library Summer Reading Program’s Bam, Pow, READ! video, second place in the Special Events/Recurring category for Downtown’s popular Music on Main spring concert series, and third place in TV and Video Regularly Scheduled Programming for the City’s brief but regular reminder of our many transportation improvement projects, Street Cred.

At 3CMA, the City took home three awards: second place in TV and Video, Regularly Scheduled Programming (population up to 110,000), for Fire Department Public Safety Vignettes, third place in TV and Video, One-Time Special Programming (population 103,000 and up), for the annual Budget Video, and third place in Printed Publications: Advertising, for the Convention and Visitors Bureau’s Play Inside Campaign that promoted the Round Rock Sports Center.

The City of Round Rock won four first place TAMI Awards, one second and one third at the TAMIO conference in June. The first place awards were for its “Talkin’ Trees” PSA, its Library Mystery Night PSA, its 2013 bond election video and a Dia de los Muertos event promotional coaster. Second place was for the Water Wise video series on water conservation. Third went to its employee newsletter, Rock Beats.

At 3CMA, the City won six awards in September. The City’s budget video won first place for one-time programming. A coaster for its Dia de los Muertos event received second place for Best Use of a Promotional Item. A third place honors went to Round Rock News, the City’s e-newsletter; Built on Sports, an advertising campaign for the Round Rock Sports Center; the Library Master Plan, an example of community visioning; and a “preview reel” for the City’s Movies in the Park series.

At TATOA in November, the City took home the first place trophy for Overall Excellence in Programming. The City’s Video Text Bulletin Board also took first place. Second and third place for Use of Humor went to the Talkin’ Turkey and Talkin’ Trees videos. Finally, the Night Extraction video got third in the Documentary category.

At 3CMA, the City took home first place in Community Visioning for the Play for All Abilities Park. A Shop the Rock PSA received second place. A Rock’N Lights PSA and a video for the City’s water conservation program received third.

At TAMIO, the City won second place for its website and Round Rock News, its electronic newsletter.

The City also received an Award of Excellence in TV and Video Public Service Announcement for its public service ad promoting the Round Rock Public Library’s annual Mystery Night fundraiser.

At 3CMA, the City’s employee newsletter, Rock Beats, and a Convention and Visitors Bureau advertising campaign both received Awards of Excellence.

Round Rock won first place honors for the City’s web site, roundrocktexas.gov, its video newsmagazine, City Focus, and a marketing brochure, Game On!, produced by the Round Rock Convention and Visitors Bureau from TAMIO in June 2009.

Earning third place awards at TAMIO were the City’s employee newsletter, Rock Beats, and a video produced to communicate issues related to the proposed 2009 budget.

Round Rock won the 3CMA Savvy Award for first place in the promotional video category for its 2007 Summer Reading Program video, “Sail Away with Books!”

Round Rock won two Silver Circle Awards for second place, one for the City’s web site, roundrocktexas.gov, and one for a public service announcement by our Convention & Visitor’s Bureau. The CVB also won an Award of Excellence for third place for another in its “Be a Fan” series of PSAs. This is the second year in row our web site has placed second in this national competition.

The City’s “Budget Video” won for special or one-time programming at the TAMI Awards from TAMIO. The award for the budget video marks the third consecutive year it has won first place in its category.

The Round Rock Convention and Visitor’s Bureau took first and second place in the Cable Public Service Announcement (population 95,000-under) for two of its “Be a Fan” PSAs. Round Rock also won first place in this category last year with its electronic recycling PSA.

At 3CMA, the City won first place for Community Visioning for its 10 year plan.