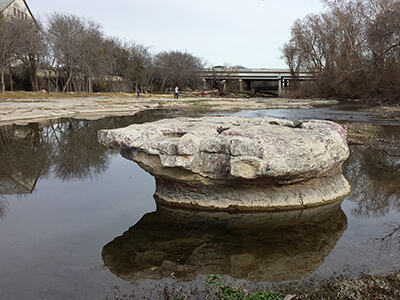 Round Rock, Texas, with a population of around 133,000, is located 15 miles north of Austin in the Central Texas hill country. Round Rock is the 27th largest City in Texas, according to Census Bureau data.

Major employers include Dell Technologies, Emerson Automation Solutions and three regional hospitals. Its combined property tax and utility rates are among the lowest in the region. It has an award-winning park system, school district and is one of the safest cities with a population of at least 100,000 population in the United States.

Round Rock is the one of the fastest growing cities in the nation, and one of the best-managed cities in Texas. The city has maintained high quality of life while becoming a major center for economic growth in Central Texas, with industry clusters in Clean Energy, Advanced Manufacturing, Life Sciences and Computer/Software Development.

Planning: As the winner of the prestigious Comprehensive Planning Award from the Texas Chapter of the American Planning Association and a 3CMA Savvy Award for Community Visioning, the City prides itself on its long-term strategic planning.

Crime: Round Rock has been ranked the one of the safest cities with a population of 100,000 or more in the United States since 2007. In a 2018 Survey of city residents, 90 percent of respondents said they felt “safe” or “very safe” overall, with 88 percent saying they felt safe in Downtown  and 84 percent felt safe in City Parks.

Cost of living: The City of Round Rock’s property tax rate is one of the lowest in the region. Also, residents pay one  of the lowest combined average monthly utility and tax costs in Central Texas, while achieving an 80 percent satisfaction rating from its utility customers. Round Rock has the lowest ACCRA composite cost of living index rating among the three largest cities in the metro area.

Public Utilities: Round Rock’s water and wastewater rates are among the lowest in Central Texas, and the utility is also among the most reliable. Round Rock is partnering with Cedar Park and Leander on a regional water project that is expected to provide our ultimate water needs to serve a projected future population of 250,000-300,000.

Dell Diamond: The City of Round Rock’s stadium and conference center has drawn record crowds since opening in 2000. The ballpark is home to the Round Rock Express, the Triple A affiliate of the Houston Astros. The Dell Diamond is the No. 1 ballpark in the country out of more than 200 parks according to the Fifth Annual Minor League News rankings. It was named top Double A stadium by Baseball America in 2004. (The Express moved to Triple A in the 2005 season.) Construction of the $25 million facility was financed by $8.4 million in revenue bonds backed by the City of Round Rock’s hotel-motel tax revenues and cash from RSR Sports, owner of the Express.

Sales tax impact: The City of Round Rock ranks in the top 10 among cities in the state of Texas for sales tax collections, due in large part to the impact of Dell’s Texas sale as well as the presence of destination retailers like IKEA, Round Rock Premium Outlets and Bass Pro Shops.